Skip to content
We are killing our kids…
Fitness and Health

We are killing our kids…

I tried to say something funny or cheeky, like I usually do for the title. Instead, all I could think about was sadness mixed with despair and a side of […]

I tried to say something funny or cheeky, like I usually do for the title. Instead, all I could think about was sadness mixed with despair and a side of anger. This might not be the way to approach things, but that’s where I am today. Let’s start with our older kids… High Schoolers…. 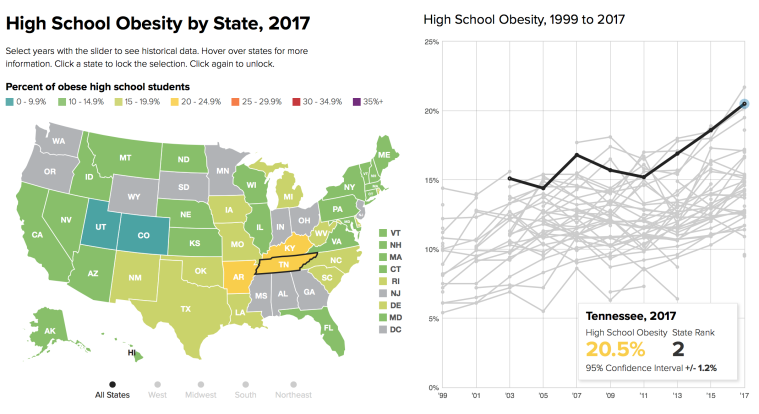 Our state is ranked #2 in the country. #2! We have the second most amount of High School Students that are obese. We’ve lowered play and PE time. We cut funding for extra curricular sports and activities. We’ve pushed our students to be more sedentary and way less active. We haven’t educated our kids with healthy and/or what real food includes.

Now… High School students should know better. They get to choose what they put in their bodies. They can choose to eat a $5 Little Caesars Pizza or learn to cook something at home. They have social pressures to eat out and eat cheep. I get it! I was there and did the same thing. Now I’m an adult and I have a choice of continuing that progression with my kids and say… “this is the way it is and there’s nothing I can do about it”.

There’s always something to do about it!

Alright… so here’s the tough part. This problem didn’t start once our kids got to High School. This started much earlier. Back when they didn’t make their own decisions about food. Back when you were to only food provider and they had to eat whatever you made them/ provided them to eat. 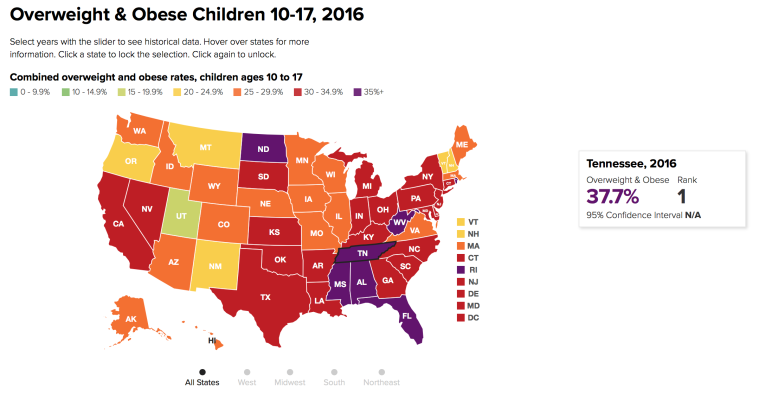 Welcome to FIRST PLACE Tennessee! Does this piss anyone else off? Does it?

As far as food and long term health, we are the most unsafe place for kids to live. Nearly 40% of our kids are obese, and that’s from 2 years ago. We are literally setting our kids up for failure. We willfully allow toxic and deadly things to be a daily habit in their lives. We pump them up with sugar and create addictions more powerful than cocaine addicts experience. We provide soda as the first option at all meals. We teach them by example and by allowing them to not put any thought to the things they are putting in their bodies. It’s scary to think about the long term problem this creates.

If nearly 40% of our kids (and that number in increasing) grow into adults, we escalate the rate of growth for adults with diabetes, chronic diseases, and an even more unstable and unsustainable healthcare system.

While the world is bleeding dry in health care costs, we are completely ignoring the storm we are creating behind it. If many of us can’t afford health care now, then what makes you think we can when the system becomes even more bloated. It’s coming and we can’t afford it. Even worse, it’s going to kill our kids as young adults… OR create adults who have to travel with an additional bag just for their medications (Which won’t cure them and only treats their problems).

It’s worth it, if we KEEP GOING.